Toyota has just unveiled its new all-electric vehicle, and with it, a broader glimpse into the automaker’s electrified future. The model that makes its introduction is the Toyota bZ4X 2023, a 5-seater compact SUV.

Details on the Toyota bZ4X have been pouring out for months, and the automaker recently introduced the Japanese version of this electric SUV. We’ve written about this model before, and a lot of its details are carried over to the US version, but not all of it. Now we can answer some questions, while others will have to wait for the vehicle to get closer to sale. Let’s start with the basics.

What is the Toyota bZ4X?

Beyond just a name, the Toyota bZ4X is an all-electric SUV that’s about the size of Toyota’s best-selling SUV, the compact RAV4. Oh, and about the name: the ‘bZ’ stands for ‘beyond zero’, indicating Toyota’s goal of carbon neutrality by 2050. The nickname ‘bZ’ will also be used for future models. , although we can’t promise it will. becomes easier to say.

Is this Toyota’s first electric vehicle?

Not technically. Toyota last made an electric SUV about a decade ago, in the RAV4 EV. (Fun fact: it was developed with Tesla!). Even before that, in 1997, it also made an electric version of the RAV4. But these two models were very limited. The 2023 bZ4X will be a much more advanced electric vehicle (EV) that aims to appeal to the general public. 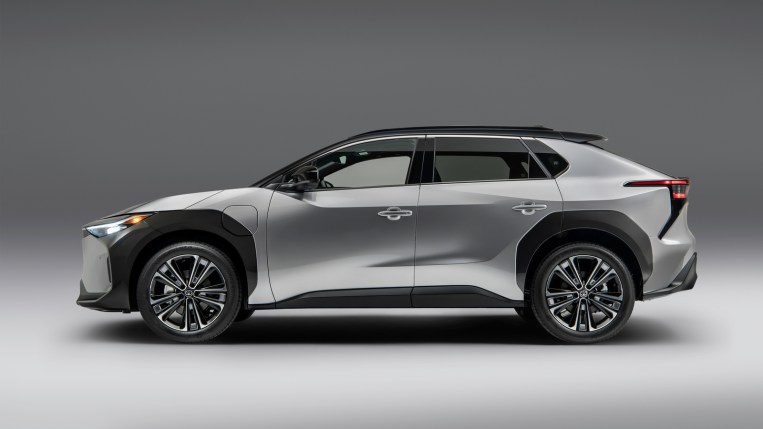 The bZ4X is expected to go on sale in mid-2022, but that’s the most details Toyota is giving so far.

It will be “competitive,” Toyota tells us. In other words, the automaker doesn’t reveal its hand on pricing this far into the game (they rarely do). But we expect the Toyota bZ4X 2023 to start in the low end of $ 40,000.

Is the Toyota bZ4X the same as the Subaru Solterra?

Very similar yes, even no. Toyota and Subaru have co-developed their two respective SUVs, which share many facets both in their futuristic appearances and under the skin. One of the main differences that we know of is that the Subaru will come with all-wheel drive (AWD) as standard, while the Toyota will be offered in front-wheel drive or as an AWD option. 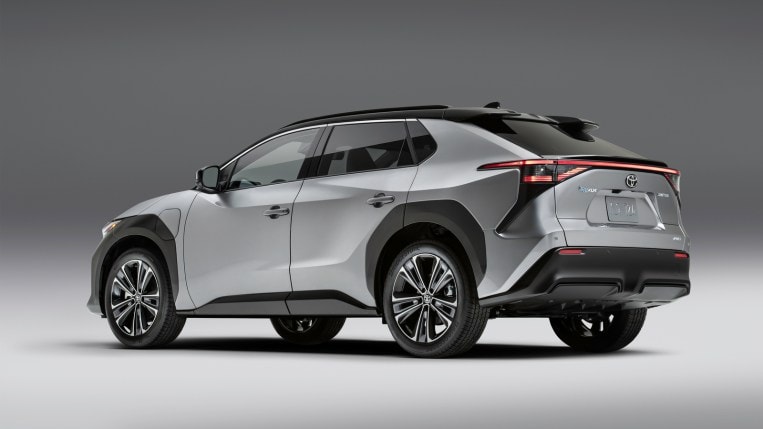 What is the lineup of the Toyota bZ4X?

Toyota says a front-wheel drive bZ4X will have a range of up to 250 miles. An AWD version would probably be less. That estimated figure is roughly in the middle of the current EV crop – neither the best nor the worst.

How long will the battery last in the Toyota bZ4X?

Now here is a number Toyota can be proud of. Do you know how batteries degrade over time, from those in your iPhone to those in electric cars? Well, Toyota says that in the bZ4X will retain 90% of its capacity even after 10 years. Can you say the same for your iPhone?

Is the Toyota bZ4X safe?

It looks like it will be. The vehicle will be the first to feature the latest version of the brand’s active safety suite, called Toyota Safety Sense 3.0. It includes the features we know now, such as pre-collision warning, emergency braking, lane keep assist and adaptive cruise control, as well as enhancements such as rider detection. and detection of guardrails.

How is the technology?

It looks sharp too. In another Toyota first, the bZ4X will offer Over-the-Air Updates (OTA), which means you won’t have to take it to a dealership for upgrades. This vehicle is also equipped with the automaker’s latest infotainment system and software, developed in the United States at Toyota’s headquarters in Plano, TX. What about that fork flywheel and that solar roof?

The Japanese market version of the bZ4X will offer a yoke-style steering wheel, similar to the latest Teslas. But the US version doesn’t get it as an option, at least initially. The same goes for the solar roof.

What took Toyota so long to build an electric vehicle?

Keep in mind that Toyota built electrified vehicles for decades like the Prius Hybrid and even hydrogen powered cars like the Mirai. But the bZ4X marks Toyota’s major foray into all-electric. The company is known for taking its time to get it right, but when its products arrive, they often become benchmarks. Look at the past few years as if Toyota is doing its homework.

Oh yes. In reality, every automaker is preparing for a future that is centered around battery-electric vehicles. Toyota takes an even broader approach. In addition to electric vehicles, hybrids and plug-in hybrids, it also continues to develop hydrogen vehicles as part of its broader plan to be carbon neutral in the decades to come. In the short term, Toyota plans to have around 70 electrified models worldwide by 2025, with 15 dedicated battery electric vehicles.

How is the b4ZX player?

We will keep you posted as soon as we test it. For now, Toyota is only revealing the vehicle to the media. We plan to test it closer to its launch next year. As they say, stay tuned.